The post-COVID Office: Desirable, not Essential 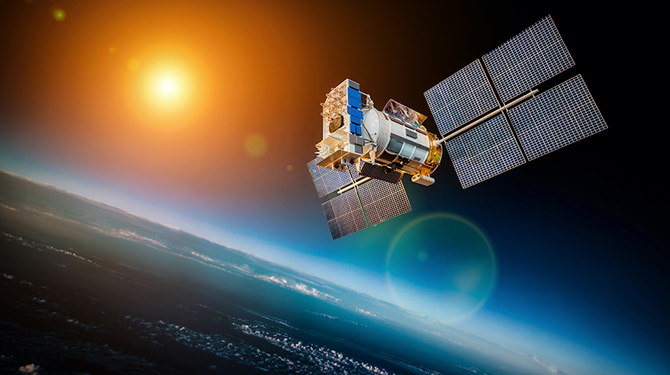 Space satellite orbiting the earth on a background star sun. Elements of this image furnished by NASA.

There’s something transformational happening in our skies: satellites are getting smaller and more plentiful.

Earlier this month remote sensing start-up Planet, which constructs and launches high-resolution satellites, announced it needed to reconfigure its constellation of 15 satellites to keep up with growing demand for more timely images of specific locations at higher resolution.

They are also launching more satellites, and they are not alone.

We are witnessing a proliferation of small satellites in our skies, which heralds disruption in the remote imaging marketplace down here on earth.

Satellites used to be massive machines with the budgets to match. Launching a satellite cost hundreds of millions of dollars and was limited to the budgets of national governments and massive corporations.

Then technology got better, which shrunk the satellites and the accompanying cost. Just like we went from mainframe computers that used to fill a room down to computing power that fits in the palm of our hand, remote sensing imagery is going through a similar evolution.

How we image the earth is changing.

Image resolution is improving and prices are falling, creating a competitive marketplace for the supply of remote images. That means Google Maps will look a little nicer and a little more current. Nice for us when we’re trying to make our way around town.

For companies such as 3D Planeta and the customers we serve, it means we have access to greater choice in accessing up-to-date images of just about anywhere on earth.

Maybe you’re monitoring the reclamation of a closed mine site, a 10,000-acre farm in Brazil, a forest fire in remote Australia, or coastal erosion in Atlantic Canada – or you are evaluating locations for solar farm micro-grids. Maybe you’re managing search and rescue operations at a natural disaster site.

It used to be that those images were expensive and weeks or months old.

The proliferation of small, cube satellites has lowered the barriers to access for private and public sector clients to get the images they want, when they need them most.

I expect to see prices continuing to go down, availability going up, along with the timeliness of the images, granting access to organizations and sectors to which these images were financially once out-of-reach.

My team and I at 3D Planeta are well-positioned to take advantage of these changes because we’re not a legacy platform that relies on the big old satellites to supply us. We’ve already adapted to this new reality and will begin accessing these new, higher resolution, less expensive images as they become available.

It’s an exciting time to be working in the earth intelligence sector and to see what these new satellites will mean for the availability of earth observation images as we help address challenges on our planet.

Becoming a B Corp makes us a better-managed company

Track the full picture of mining operations from beginning to end

Read more
This website stores cookies on your computer. These cookies are used to collect information about how you interact with our website and allow us to remember you. We use this information in order to improve and customize your browsing experience and for analytics and metrics about our visitors both on this website and other media. To find out more about the cookies we use, see our Privacy Policy.
.
ACCEPT
Manage consent

This website uses cookies to improve your experience while you navigate through the website. Out of these, the cookies that are categorized as necessary are stored on your browser as they are essential for the working of basic functionalities of the website. We also use third-party cookies that help us analyze and understand how you use this website. These cookies will be stored in your browser only with your consent. You also have the option to opt-out of these cookies. But opting out of some of these cookies may affect your browsing experience.
Necessary Always Enabled

Any cookies that may not be particularly necessary for the website to function and is used specifically to collect user personal data via analytics, ads, other embedded contents are termed as non-necessary cookies. It is mandatory to procure user consent prior to running these cookies on your website.